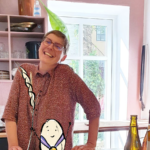 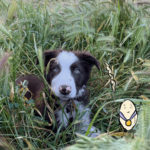 THE FARMER WHO MILLS QUALITY GRAINS ON DEMAND

What does it mean to be a “more than organic” grain farmer in Denmark today? Meet Kristian Andersen from the island o f Fyn.

– I knew it would taste better. But I was not sure it would become a lucrative business.

In 1987 the Danish government passed “the first organic law in the world.” The law and the ongoing discourse around water pollution and pesticides motivated Kristian Andersen to become one of the country’s very first organic farmers.

– At the time, I believed more farmers would convert to organic practices.

The transition rate has been slow, he thinks. With no more than a bit over 11 percent of Danish farmland being organic, today, 34 years later, he has a point.

Still, the “organic law” with its tight inspection scheme ensured a supply of organic food early and has generated a mature market for organic food products in Denmark. Danish consumers quickly became used to not visiting unique stores or farm shops to get organic products. Also, more recent incentives from legislators have fuelled the transition rate towards organic: taking organic from a seven percent share of farmland in 2018 to 11 percent share in 2020.

ORGANIC—GRAIN FARMER AS A MINIMUM

For Kristian Andersen, however, supermarket shelves are not a place his flour is likely to end up. And organic for him is the lower threshold, the bare “minimum.”

What he does is “more than organic,” which means he practices regenerative farming, with cover crops, grazing animals, and crop diversity. Or at least to a certain extent.

– I was technically a biodynamic farmer for more than ten years. But since last year, I can’t call myself that. I decided to phase out our cattle production, so I’m not integrating grazing animals into my fields anymore.

– It became too much work for me. I still implement the other biodynamic principles, though.

THE QUEST FOR “SLOWER” GRAINS

Kristian Andersen is one of those farmers who was born into the profession. His parents never doubted that he would take over the family farm and become the eighth generation stewarding the 250 hectares land on Kragegården in Havndrup, on the island of Fyn.

– I even went to conventional farming school, where I learned all about the importance of high yield and efficiency, he says.

But Kristian Andersen came to question many of those industry practices. His decisions to convert to organic farming were also rooted in a deeper discontent over how the grain economy limited the farmers’ control over how the produce was refined and valued. To him, it seemed like “quantity” and higher yield rates were all-encompassing.

– As a grain farmer, you traditionally sell to one major player, most often DLG. Then they distribute or sell to more prominent industry millers or animal feed producers, for example, Kristian Andersen explains.

DLG, which stands for “Dansk Landbrugs Grovvareselskap”, is a co-operation founded in 1969 and owned jointly by Danish farmers.

– They have a section for organic grains as well, and today it is easy for bigger farmers to sell directly to DLG or other bigger redistributors.

– You can sell bigger batches and be done with it.

Kristian Andersen does not necessarily think that there has to be something wrong with this, but for smaller-scale farmers who want to opt for “slower” grains, an alternative grain market is needed.

FROM FARM TO BAKERY

But how does an alternative grains market come about? In answer to this question, Kristian Andersen, the farmer who became a stone grind miller, has an important point to make.

– One of the things I enjoy the most today is having a direct relationship with bakeries; our dialogue is good for our crafts and businesses. If I’m testing a new grain, I can talk to them directly about it, let them in on its texture and quality so they know what to take into account when baking.

And the artisan bakers, in turn, he says, know precisely where their flours and grains come from, their inherent quality, their “terrain”. They get to buy directly from the land.

The value of this may seem evident today. But Kristian didn’t foresee that he would end up selling more than 500 tons of quality flour per year.

– When I started out, I did not know if consumers and bakeries would be willing to pay more for that extra work it took to grow and produce grains with higher quality and nutritional levels. But I guess I was willing to find out.

At the time, he says, he mainly wanted to get more control over his grains, which is why Kristian didn’t think twice when he was offered to buy a local milling operation. The mill is located at Kristian Andersen’s farm.

– I also thought it would be great fun.

Today it has been more than 15 years since Kristian Andersen seized the opportunity.

– I took over Hvenegaarden in Rynkeby in 2007. The couple who owned the mill had learned the craft of stone milling by visiting and studying old millers on our island, and they passed their knowledge on to me.

– It took me a year of guiding and learning before I was ready to run the operation.

DO THE GRAINS TASTE BETTER?

The way he explains the craft of milling gives you the sense that it’s an art. The grinders are made of stone, but almost everything else is constructed in wood.

– You can’t just “grind it”. The grains have to be milled five times over to get that perfect quality for baking.

As mentioned earlier, his flour is very different from the one you find on supermarket shelves. The two main differences are:

– Our flour can hold for about four to five months without going bad, he says and explains that this is the main reason he only offers flour freshly ground on-demand.

GRAINS WITH A HISTORY

– Our main wheat sort is called Uhre. It is very special to me. It has an excellent taste, the grain is a bit bigger, and has a thinner outer shell or bran on it, which is why the flour gets a lighter color.

Kristian Andersen explains how he got the Uhre seeds from a farmer many years ago. This farmer, in turn, researched it and found out that it originated from Scotland.

– I’m the only one who grows Uhre in Denmark today, and it makes up 50 percent of all the wheat flour products I sell. It enhances the taste.

Do you have an emotional connection with your grains?

– Yes, I do. All my grains have a history, he says, and starts talking about one of his favorite rye varieties.

– It’s called Petkus. It can’t yield many kilos per hectare. But it tastes very good, he says, and explains it’s worth its weight in gold because it does not get affected by the common and very toxic ergot fungus.

– Most grain farmers thought I was crazy when I turned organic in 1987. It’s not like that anymore, but there is still a divide between conventional farmers and organic farmers.

He doesn’t know if people thought he was crazy for going into milling as well, but by following his passion for grains, he carved out a wholesome niche for himself and tapped into an artisan market that craved his produce. And by doing so, he and his artisan baker customers are cultivating something quite remarkable together—a vivid market for high-quality grains in an ocean of cheap commodities.

You can buy flour and grains from Kristians Andersen’s web shop, and from resellers around Denmark. Here is a list of the resellers.

What sorts of grains and flour can I buy?

See the entire assortment at the web shop.

Where does Kristian Andersen get his seeds?

He mostly uses his own kernels, because he can’t find the same kind anywhere else, and wants to preserve the best ones. For a supply of other heirloom or ancient grain sorts he consults Phd, Anders Borgen at Agrologica.